By GLHF January 5, 2022 5:11 am
By GLHF | January 5, 2022 5:11 am ET
Depending on your disposition, the advent of online games to play with friends has transformed the industry. Gone are the days where you would sit on the sofa together and soak in a shooter, at least in the mainstream. Multiplayer games live within headsets and on modems in 2022.
Nowadays, everyone has their own console, and you’re often playing over the internet, connecting over voice chat, and bringing down squads in a battle royale. For keeping in touch with distant friends and family, this is a godsend for the gaming-savvy, but you may still have fond memories of those halcyon days of couch co-op games and cheap controllers.

With Turtle Rock’s zombie horde shooter Back 4 Blood releasing towards the end of last year and recapturing the magic of multiplayer for a new generation, we thought it’d be a good time to reminisce about some of the best multiplayer games of all time. Here are 10 of our favorites, from stone-cold classics to new contenders. 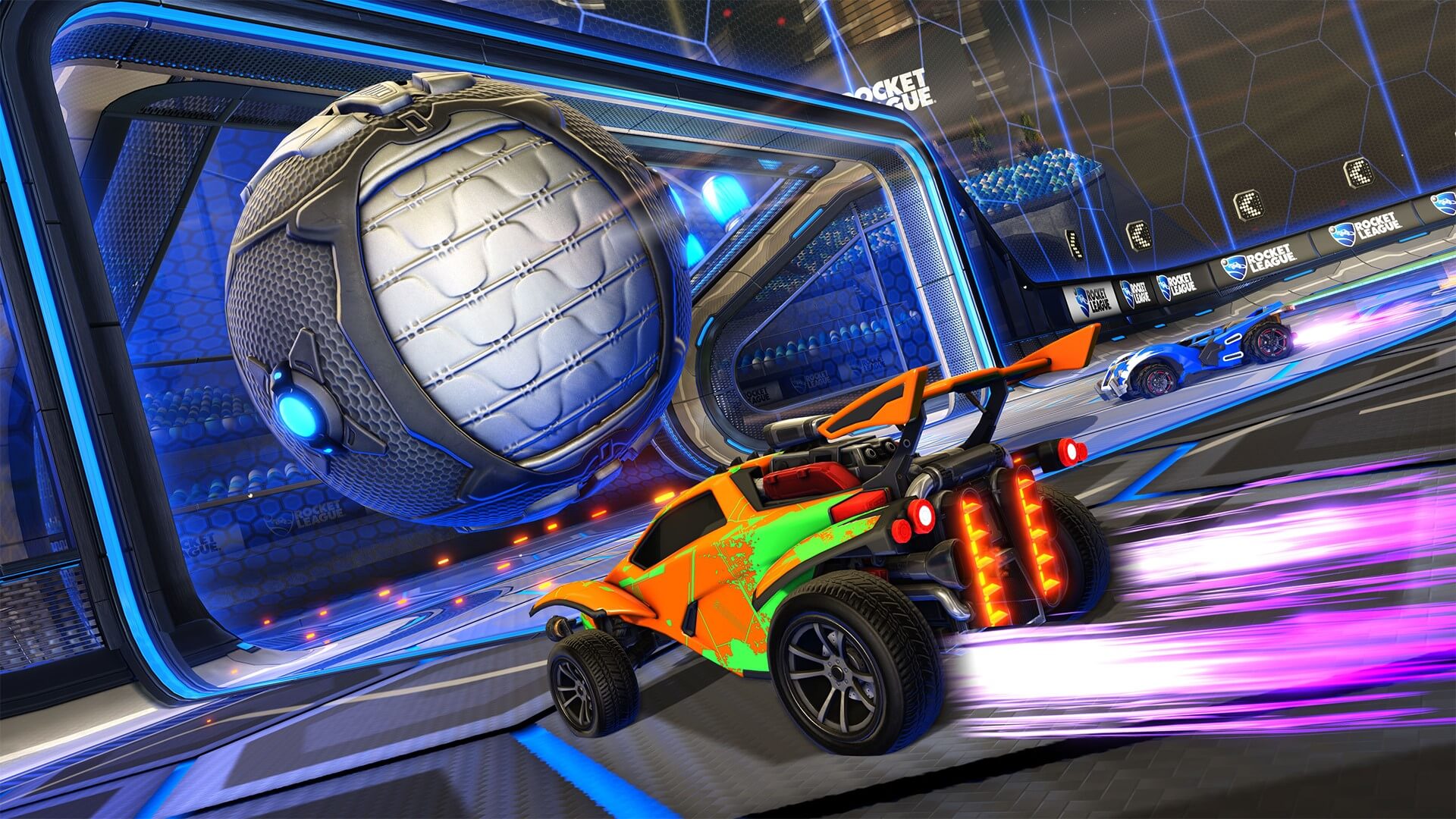 Who would have thought that soccer with cars would become such a multiplayer sensation? Psyonix’s Rocket League is a straightforward game, pitting teams of turbo-charged remote-controlled vehicles against each other in an arena with a giant ball.
But such a simple premise has proven to be a great hit with scores of players worldwide, spawning a die-hard competitive scene and various spin-off modes that reward those who can control their mid-air momentum and score killer goals. The enduring silliness of Rocket League’s physics turns tense matches into laugh factories, ensuring a completely different experience every time you play. 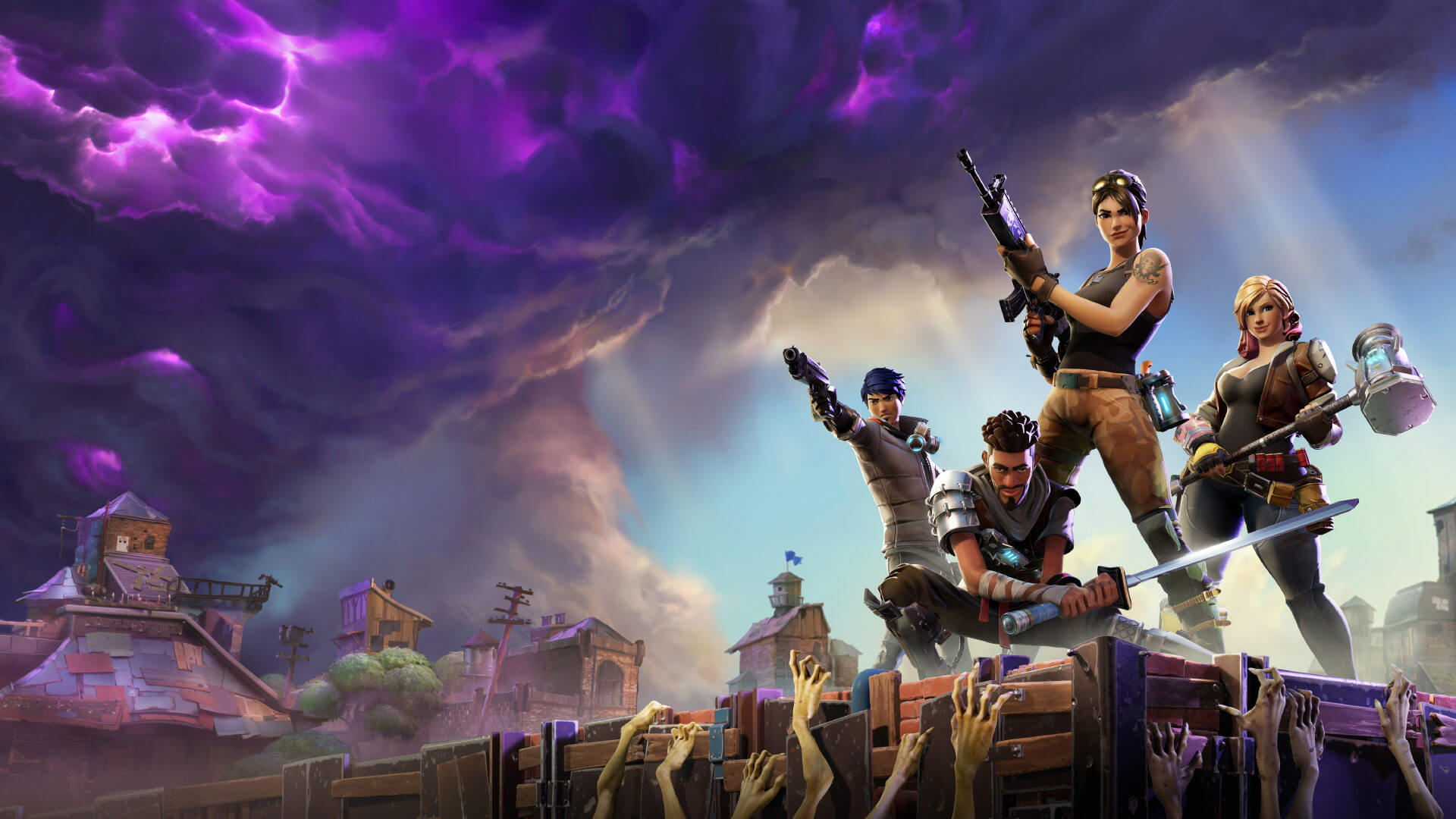 Epic Games’ Fortnite is a multiplayer phenomenon. It’s safe to say it will be etched into the video game history books given its biblical popularity, which has seen it weather storms — and now it has them in-game — where other battle royale games have faltered and fallen by the wayside.
As its importance as a nexus for crossovers and collaborative content grows with live concerts and movie tie-ins being held within its wacky world, Fortnite’s status as a great multiplayer game is only set to grow as the years go by. But beyond all the brands, Fortnite is still a social sensation that continues to connect squads of players looting, dancing, and building their way to life-affirming Victory Royales. 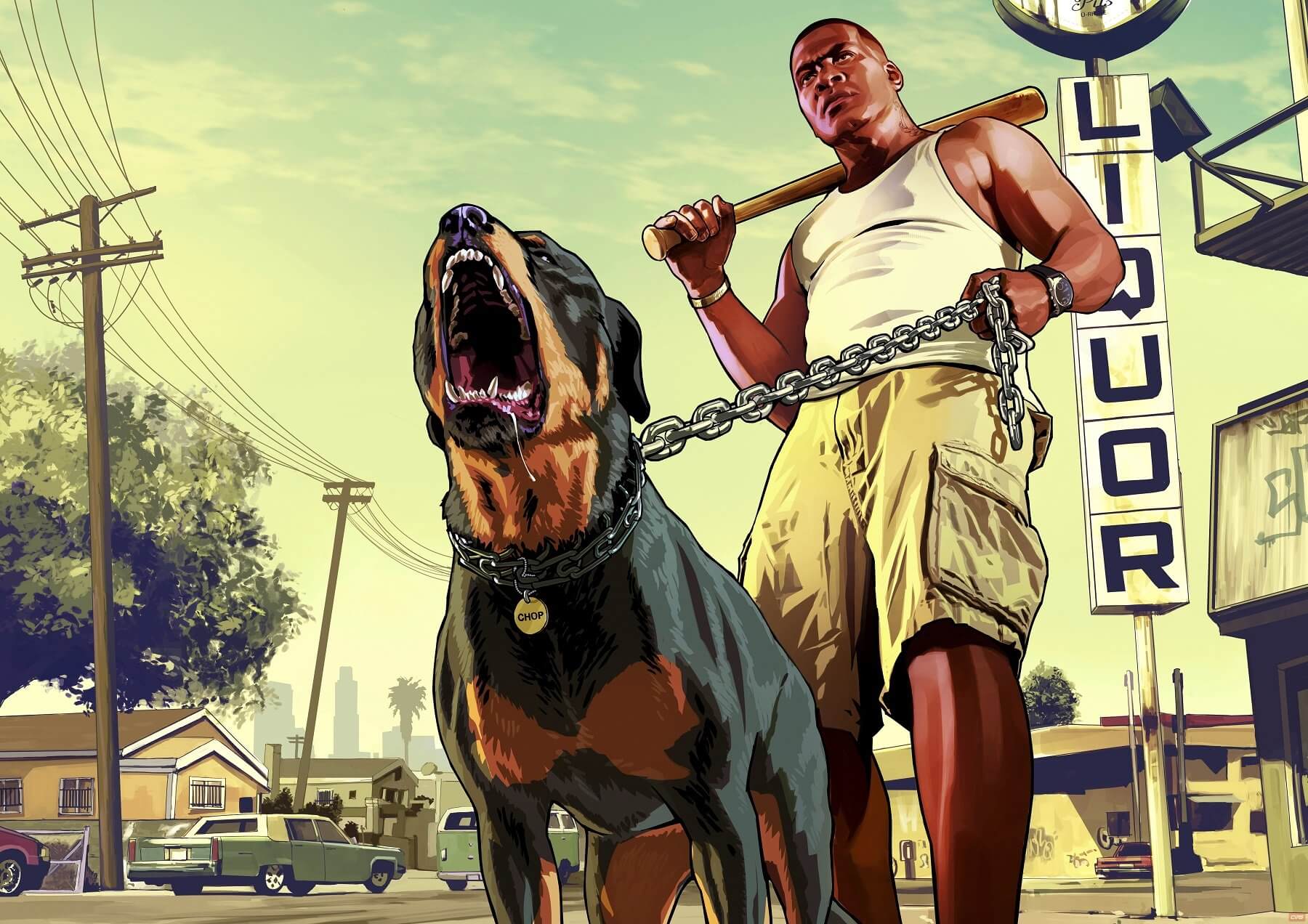 If you’ve ever been naive enough to believe that you and your close friends could pull off a bank heist, then Grand Theft Auto Online is a custom-built sandbox that lets you put that theory to the test. Rockstar Games’ incomparable multiplayer open world can be a playground of player vs. player destruction, but it also excels in providing epic cooperative adventures, as you get the gang together to scope, set up, and execute big scores in casinos, secret facilities, and private islands. With the recent release of The Contract, starring Dr. Dre, Rockstar’s multiplayer sandbox isn’t going away any time soon.
While the buy-in can be high for these heists, there’s still something so unique about simply cruising around Los Santos, causing chaos with your friends in tow, which is why Grand Theft Auto Online deserves a comfortable spot on this list. 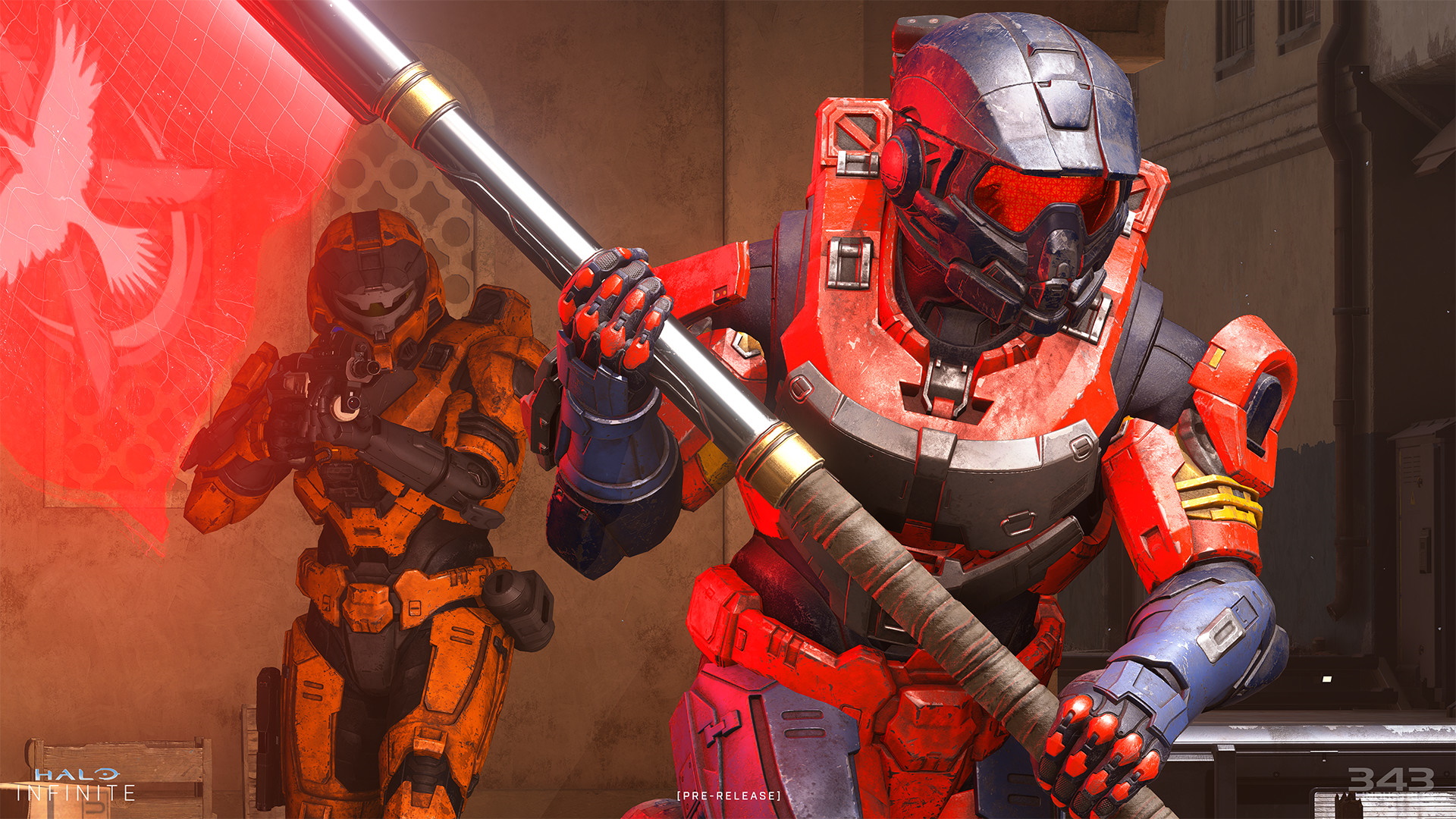 A hallmark of the Xbox, Halo basically reinvented how FPS games played on console. Halo Infinite might not have had such a big impact on the industry, but it proves just how timeless Halo‘s deadly dance is.
There’s still almost nothing quite as tense as running back to base with a last-minute flag capture as bullets and pink neon death whizz overhead. Every gun still feels satisfying and serves a unique purpose, and it might just be the only shooter where grenade spam doesn’t get on your nerves. Best of all, it’s free-to-play on Xbox and PC. 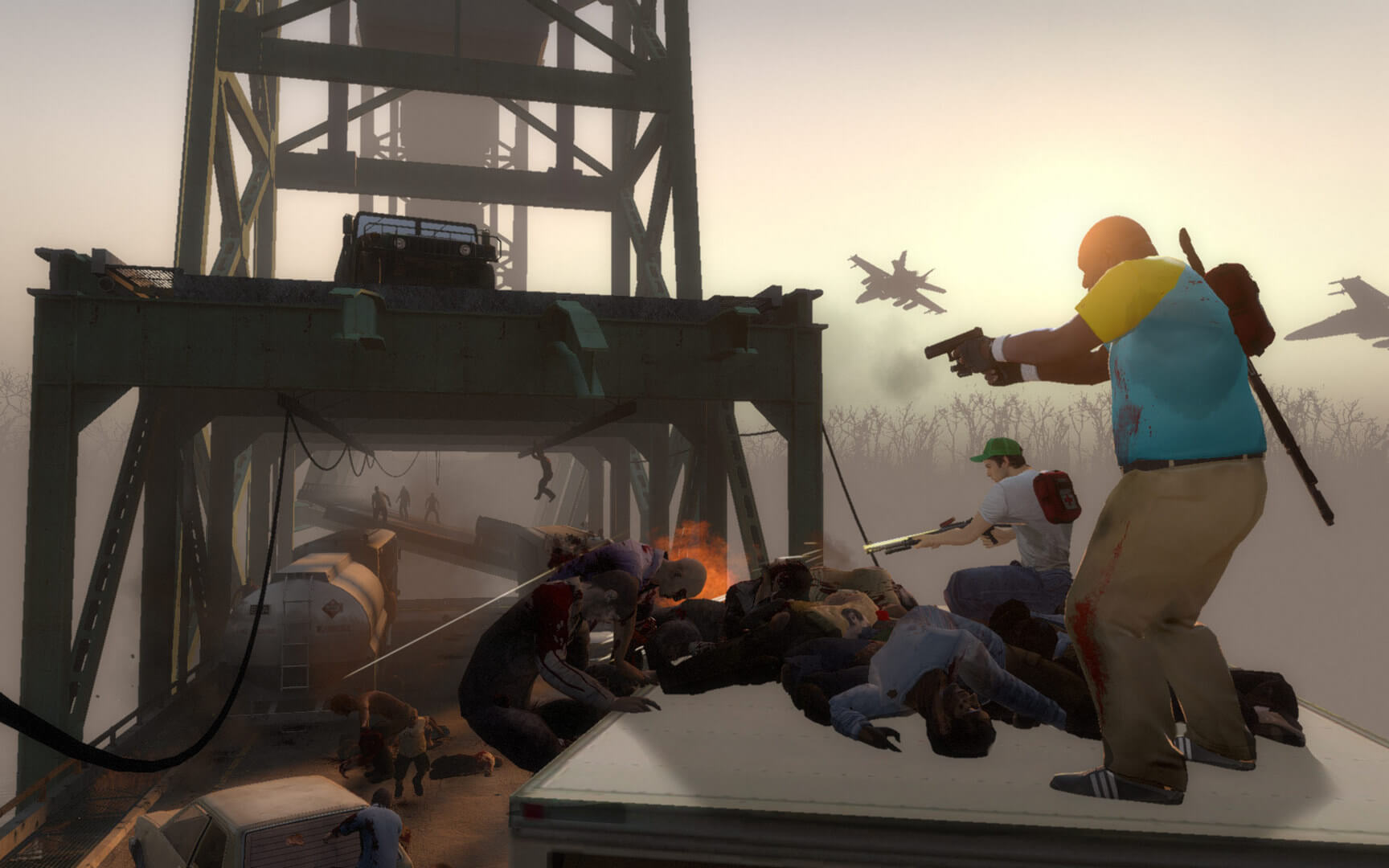 We might have Back 4 Blood now but Left 4 Dead 2 is still the daddy of co-op zombie games. There’s nothing quite like fending off the apocalypse in good company, which is what made Left 4 Dead 2 such an iconic multiplayer game in its prime, and why it’s still played by tens of thousands of people every day, more than a decade after its release.
Getting your buddies together to fight Spitters, Boomers, Jockeys and the dreaded Tank is an exercise in chaotic co-operation that demands careful communication, as the game’s AI Director throws hordes of infected at your quartet to put a stop to your efforts to reach the safe room.
The co-op gameplay becomes even more electrifying in Versus, as players take turns playing as the Special Infected, coordinating pins to put an enemy team on their knees. This is the one Back 4 Blood has to beat! 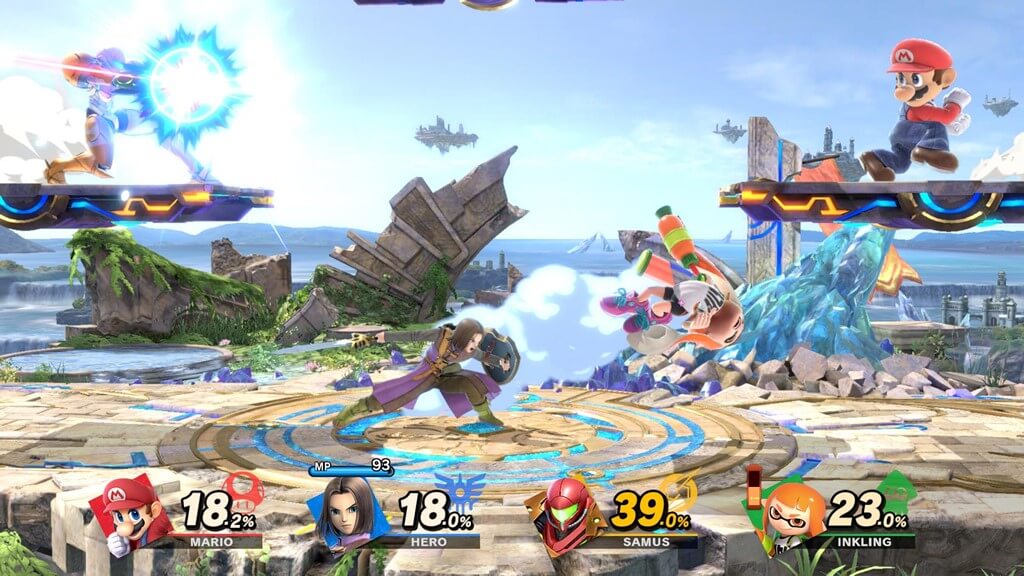 Undoubtedly one of the greatest fighting games of all time, Super Smash Bros. Ultimate retains the series’ tight controls and exciting roster of characters. It’s a crowd-pleasing Nintendo brawler that lets you duke it out as Mario, Link, Donkey Kong or Sephiroth (or all of the above at once, if you’re so inclined!)
With its accessible control scheme and an item pool ripe for creating mayhem, there’s a reason this series is still going strong after all this time.

A game synonymous with esports, Counter-Strike: Global Offensive is a multiplayer video game icon and one of the most polished shooters on the market. The game rewards precision sniping and careful economic considerations in its most competitive modes. Still, it persists with all manner of players as a shooter that is fun to play at any skill level, especially when you get to grips with the breadth of its airtight arsenal in frantic modes like Gun Game.
The Counter-Strike games have inspired the modern shooter landscape through games like Valorant and are kept alive by the wealth of community servers and mods spawned from its solid shooter base. 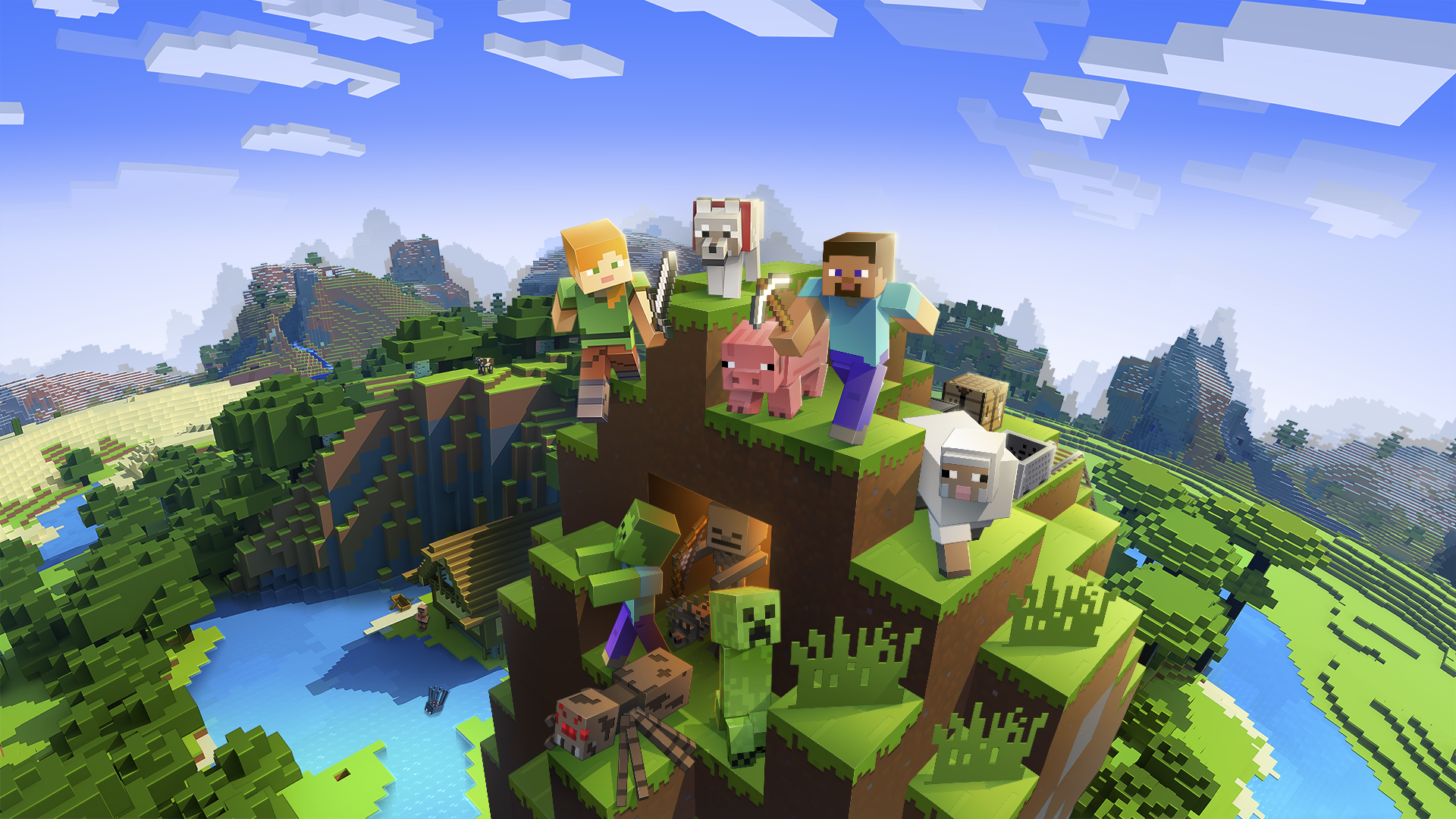 While it might not be solely known for its multiplayer potential, the best-selling game of all time has to make its way onto this list for its influence alone.
Everybody remembers the first time they found the perfect Minecraft seed or the first house they built on a multiplayer Minecraft server and the friend or stranger who swiftly turned it into dust with a cocktail of TNT and lava. Griefers aside, Minecraft is reliable fun with friends online and has been a hotbed of multiplayer innovation, spawning countless modded spin-offs like Hunger Games and Hypixel from its multiplayer survival core.
It maintains a solid player base nearly a decade after its launch, propped up by the years after years of Minecraft YouTube content that is still thriving. 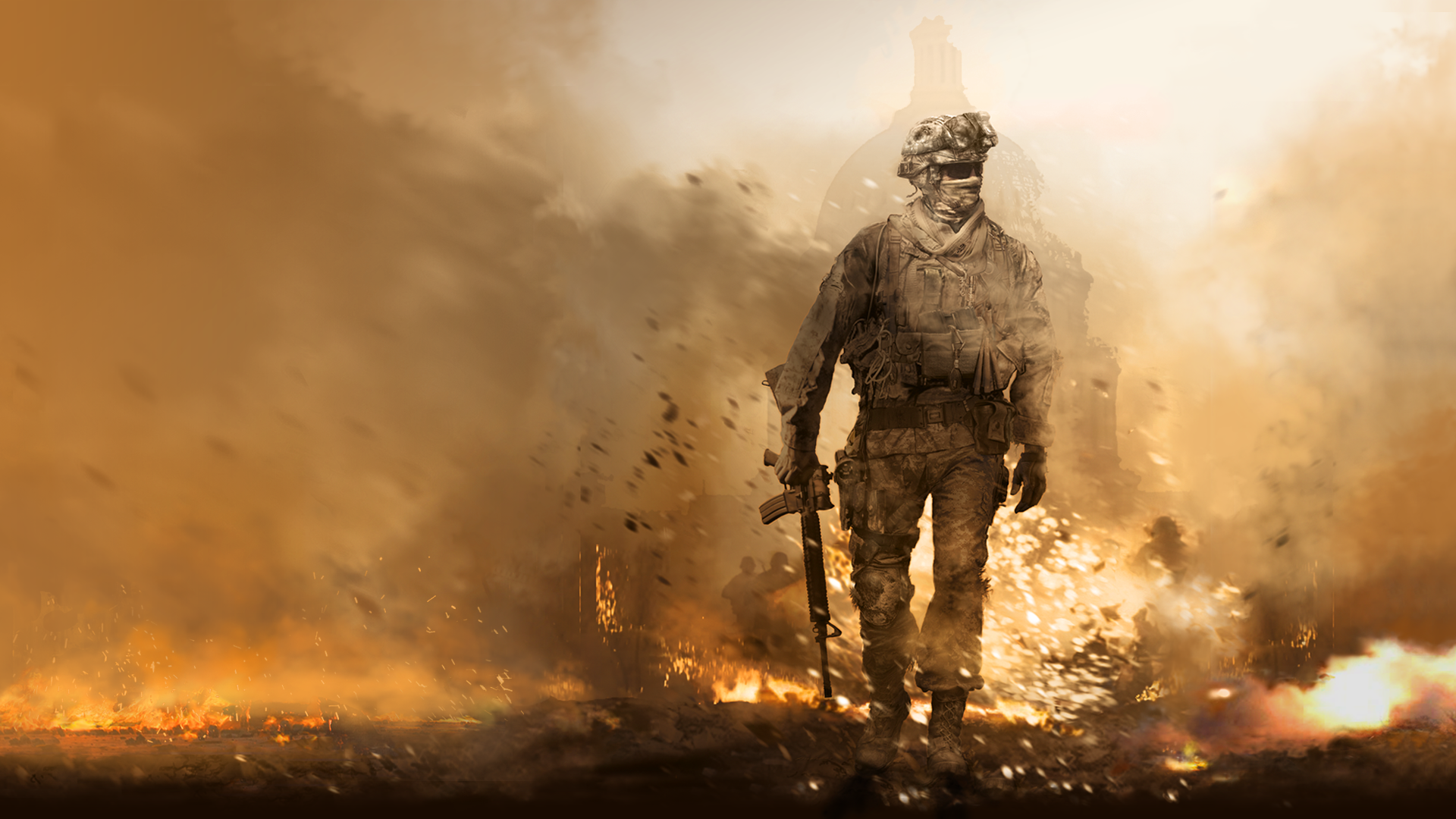 A genre-defining shooter that is still revered to this day, Modern Warfare 2 was a flashpoint in the history of Call of Duty and online multiplayer gaming as a whole. ‘1 v 1 me on Rust’ is still part of the vernacular of the modern gamer, with Modern Warfare 2’s quick scopes, prestige system, and elusive nukes creating memorable moments for generations of gamers who grew up in its orbit. Yes, after all this time and all these games later, it’s still the best one.
While modern Call of Duty multiplayer has pivoted towards battle royale with Warzone as of late, there’s still a strong contingent of players who keep Modern Warfare 2 alive in 2021, and there’s a reason for their dedication. It’s still just as good as it was back in 2009. 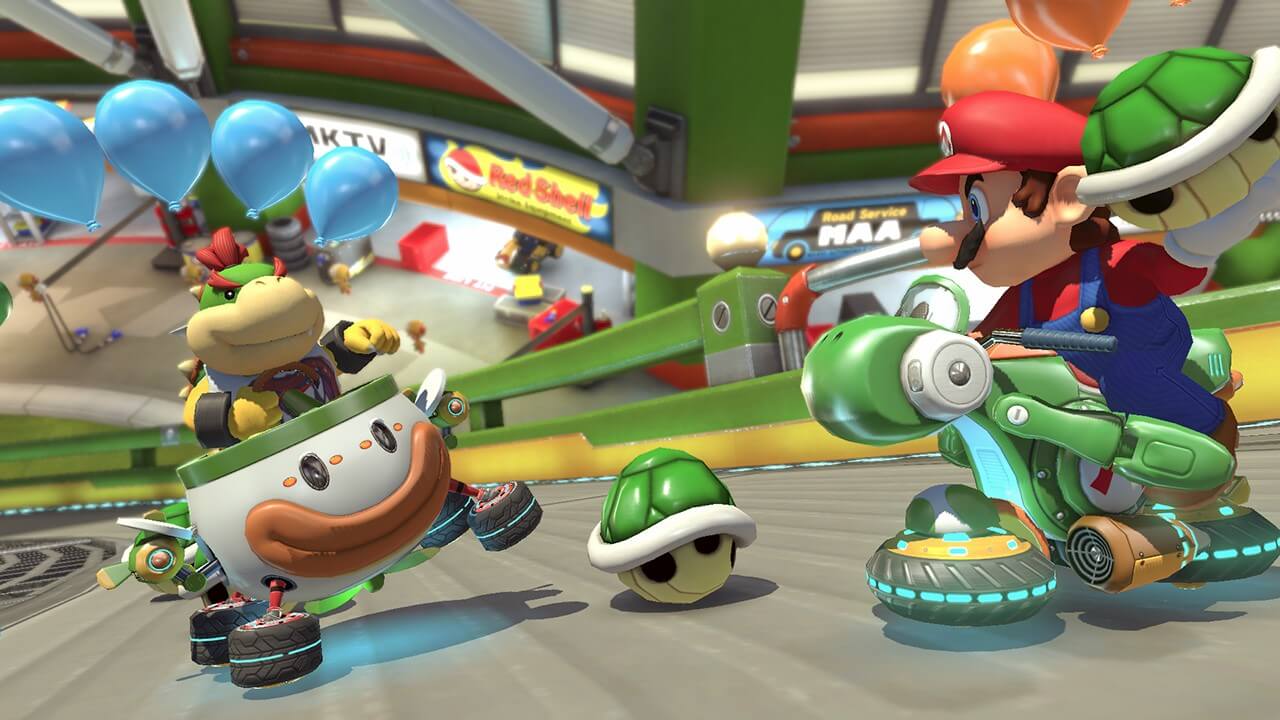 Initially launching on the Wii U in 2014, Mario Kart 8 eventually found its true home on the Nintendo Switch, quickly becoming the best-selling game on the console and, by proxy, one of the best-selling video games of all time. It makes sense, too, given how easy it is to pick up and play for all ages.
If you wanted to play a multiplayer game with your friends or family without any stressful setup or rules to explain, this would be your first option. With its variety of maps, racers, and customization settings, there’s enough nuance to keep serious racers playing beyond the parties too.  Just make sure to keep your eyes peeled for any bananas and be on the lookout for those friendship-ruining Blue Shells!
Written by Jordan Oloman on behalf of GLHF.

Powered by WordPress VIP
With zombie hordes on the horizon, here are 10 of the greatest multiplayer games to consider.