Push to capture business from online used car retailers and deliver cars through dealers
By Neil Dowling on 16th January 2022 Dealerships, News CarBravo, GM, Online
The dealership stock is estimated at about 400,000 vehicles that are mainly GM products but include other brands. In addition, there are about 500,000 GM vehicles from GM’s lease and finance arm, GM Financial.
The move comes at the same time as GM has moved to get agreement from US buyers leasing its cars that they will not sell their vehicle at the end of the lease to other than to a GM dealership.
This ensures that GM and its dealers will get an increasing grip on the used car market because the vehicles must be returned to a GM dealership and onto the CarBravo site.
GM said the strength of the offering is that it has 4200 dealerships with a huge stock.
The online used-vehicle platform will go head-to-head with the major US retailers Carvana, Fair and CarMax.
GM picked the timing to coincide with soaring used-car prices built on unprecedented demand that has been triggered by low new-car production caused by the semiconductor shortage, and the ongoing effects of COVID-19 that encourage personal travel.
The average used-car price in the US is now $US27,500 ($A38,160), up 35 per cent since January 2021.
In a recent statement, GM said the CarBravo site will aggregate vehicles owned by Buick, Chevrolet and GMC dealers, in addition to those held by GM Financial after completing leases with fleets and rental car agencies.
GM has been watching the success of its independent non-dealer rivals. Carvana, which has a market value of $US34 billion ($A47b), reported a 74 per cent increase in sales in the 12 months to the end of 2021. It sold 111,949 used vehicles in the third quarter of 2021.
About 40 million used vehicles are sold each year in the US, more than twice that of new cars and trucks.
OEMs have not been involved in this market – until now. Access to the used-vehicle market and its customers would give GM access to a huge database of potential new-vehicle buyers as well as customers for its services such as its radio subscription service, SiriusXM.
CarBravo, which starts in the first half of this year, allows customers to shop online or through a GM dealership and with access to listed vehicles across the country. They can buy online or in person, or a combination of both, and some dealers will have test drives and home deliveries.
The site will use Black Book, part of Hearst Media and a valuation source since 1955, to value vehicles for sale and also those for trade.
CarBravo will also source used vehicles directly from the public.
GM will offer CarBravo buyers “standard warranty cover” and trial subscriptions to OnStar and SiriusXM for some vehicles.
It will also give customers access to GM Financial’s services and the nationwide GM network of service and maintenance facilities.
GM has already assured itself of some success. In July 2021 it enforced a rule to leaseholders that the vehicle could not be sold outside of a GM dealership.
This ensures vehicles will return to the GM dealership and onto the CarBravo site.
In a statement, GM’s head of North American operations Steve Carlisle said CarBravo could outsell Carvana because of the supply of vehicles controlled by GM and its dealers.
“CarBravo will give customers more choice and access to shop significantly expanded inventories of both the dealer and a national central stock of GM used vehicles,” he said. 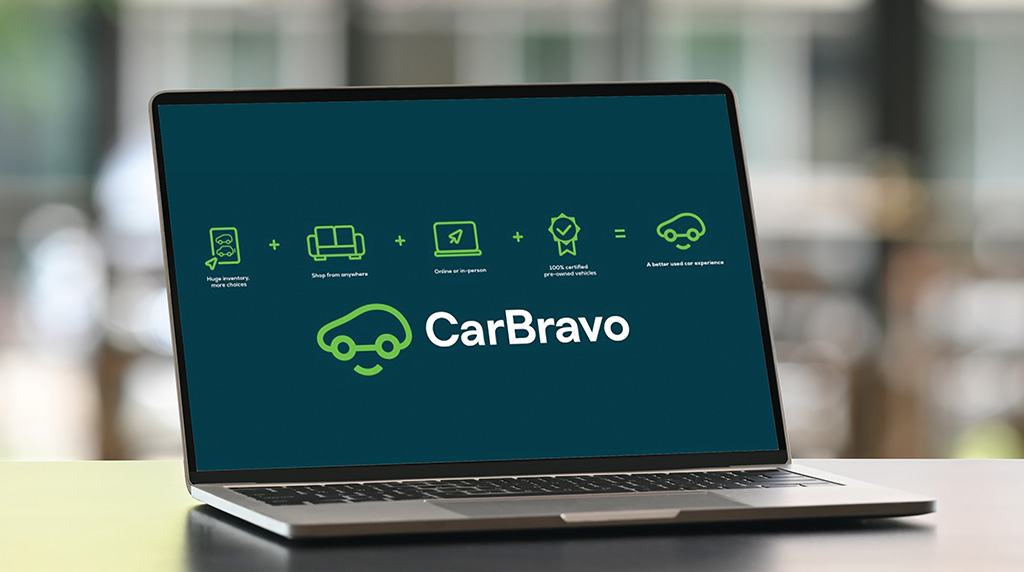