Signing out of account, Standby…
Ahmed Alomari is a big believer in network equals net worth
Ahmed Alomari started out a small town kid from Michigan with big dreams of financial freedom.
In the last 7 years Ahmed or GMoney as he’s popularly known as online has founded and built four 7 figure online businesses, made millions investing in the stock market (audited and verified) and has coached hundreds of students to find financial freedom.
Ahmed is a big believer in network equals net worth and often says, “Relationships open doors that money can’t.”
Ahmed is not only an entrepreneur, coach and investor but he is also a father of 6 children.
But before you rush to apply to work with him he has a disclaimer:
“I busted my (expletive) to get where I’m at today. If your an entrepreneur or investor that wants to work with me be forewarned I DEMAND that same work ethic from you or don’t waste your time.”
He adds, “We all have a sob story guess what? NO ONE CARES. Life is 10% what happens to you and 90% of how you react to it.”
Even though many of his consulting clients are amongst the elite Ahmed loves to mentor young up and coming entrepreneurs and investors and gets a real heartwarming kick out of their success stories.
Things weren’t always peaches and cream for this next gen entrepreneur  in 2017 there were 790,830 bankruptcies in the United States and Ahmed almost became one of them.
Following his career you would come to realize Ahmed has overcome many real-life obstacles going from a broke pizza delivery driver to building and selling an online company for millions of dollars by the young age of 32.
But like every great story worth reading there was a plot twist.
Just 2 weeks after the sale of his company Ahmed’s mother Catrina was diagnosed with stage 4 Ovarian cancer and while vulnerable he lost most of his fortune in an elaborate scam. But even in the face of adversity and having to start over with negative funds with FOUR kids and a pregnant wife Ahmed didn’t give up.
His children got tossed out of private school, cars got repoed, collections agencies and IRS letters and visits were a normal part of his everyday life. But he NEVER give up. 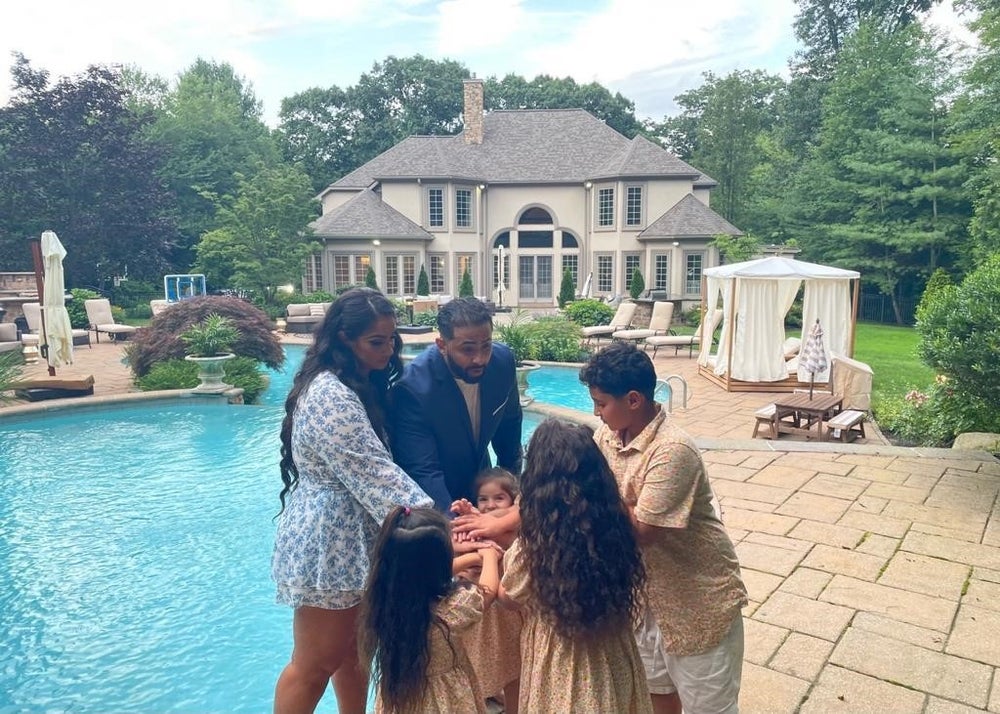 Two of the lowest points of hitting rock bottom were when he and his family had to resort to eating fast food paid from out of a change jar that they saved up over the years and stowed away. The other was when he would have to send his pregnant wife into the grocery store to lift the groceries while he would circle the parking lot so the repo man wouldn’t repo his families only remaining vehicle.
Most people would have been broken and defeated after having fallen off from such grace. Once again Ahmed never gave up and he didn’t make excuses.
With his back against the wall and his families survival as his motivation he began leveraging his relationships, building 3 new 7 figure online businesses and investing in the market.
Over the next 3 years he slowly rebuilt his career, payed off his debts and was back better than ever.
The road to success was not easy, but nothing worthwhile comes easy. Everything good takes time.
Some notable businesses Ahmed has built in his career are:
World Renowned Marketer Neil Patel calls Ahmed “One of the best social media marketers he knows pertaining to Facebook.”
Out of all of his ventures Ahmed most enjoys investing and teaching others to invest in the stock market.
A born hustler, G Money has demonstrated his prowess as a successful entrepreneur in all of the ventures he has take while also setting huge benchmarks for many millions to follow.
Ahmed now resides in the New England area with his wife Maya and their 6 young children. He continues to work as a consultant and advisor to celebrities and publicly traded companies and a mentor to students through his education business Anything’s Possible. He has coached and consulted hundreds of students leading them to understand the fundamentals and advanced learnings of the stock market and online business.
Ahmed stands as a true testament of leaving no stone unturned in chasing his passion and dreams to turn them into reality.
In his office he has a portrait of his family outside of the new 10,000 square foot house he bought them and right next to it is the change jar they used to eat out of.
That way he NEVER forgets just how far he has come.
Akshita Gupta
Amanda Honig
Mike Ficara
Rebecca Lee
John Stanly
Shrabona Ghosh
Successfully copied link